This agency was originally established on January 24, 1884, after the town experienced several major fires. Our first official name was “Arcata Fire Company No. 1” and was promptly changed to “Arcata Hook and Ladder Company No. 1” less than one month later.  We again changed our name to the “Arcata Volunteer Fire Department” and protected only the City of Arcata. Some of the first equipment that was acquired included a hose cart, ladder cart, lanterns, a tin-speaking trumpet, and an axe.

The organization is now a Special District that received its charter on June 1, 1944, to protect the areas surrounding the City of Arcata, including McKinleyville, Manilla, & Bayside. The Fire District saw its first paid personnel in 1953 beginning with the Fire Chief. In September of 1960, The District opened and staffed the McKinleyville Fire Station. The City of Arcata expanded and the Mad River Fire Station was built in 1975.

The Arcata Fire District is a combination fire protection agency (career and volunteer firefighters) protecting 37,000 residents living amongst industrial, commercial, residential, agricultural, beaches, and Wildland Urban Interface areas. We are located on the remote and isolated coast of Northern California and protect the City of Arcata, the communities of McKinleyville, Bayside, Manila, Jacoby Creek, and other rural areas for a total service area of 62 square miles. We exist next to the Cascadia Subduction Zone, a seismically active area, which makes our Fire District vulnerable to significant earthquakes resulting in possible fires and natural disasters. The Mad River, one of the six major wild rivers on the North Coast, bisects the District into two potentially isolated geographic areas. 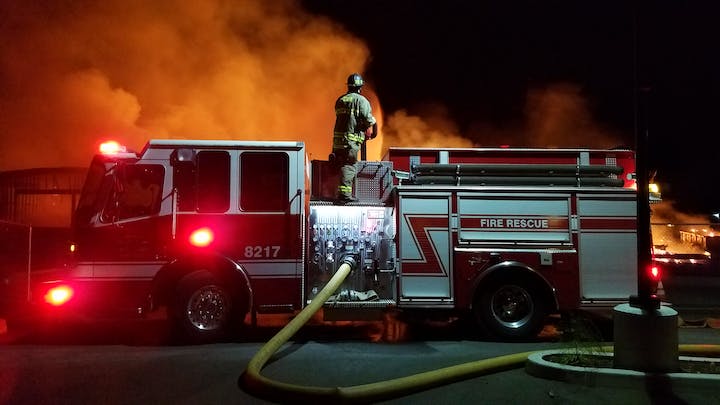 The Arcata Fire District has three strategically placed Fire Stations located within its 62 square mile boundaries.  Each station is equipped with special apparatus to respond to target hazards within…