Arcata Fire District. Fire Chief Justin McDonald announced the District’s annual awards for 2020, following a hiatus due to Covid-19 for the 2019 awards.  At the regular Board meeting on Tuesday, March 9, 2021, Chief McDonald reported to the Board on the guidelines and criteria for nomination of the annual awards. This year, the Arcata Volunteer Firefighters Association (AVFA) President, Roy Willis, nominated a recipient for Volunteer of the Year. The Local 4981 Union President, Anthony Benelisha, nominated a sworn Employee of the Year and the Administrative Team nominated the Officer of the Year.

Requirements for Volunteer of the Year and Employee of the Year are similar, yet the volunteer must be an active firefighter or logistics unit member, while the employee award is for full-time staff, whether firefighter or administrator.  Criteria include a person who best exemplifies the values of our organization, strives to uphold the District’s mission, has supported the ideals set forth by the Arcata Fire District Playbook, and demonstrated a commitment to other members of the Fire District, both volunteer, and career.  The individual has gone well beyond their normal duties in a manner that exemplifies the competency that all volunteers or employees should strive to achieve and which reflect the highest standards of the Fire District, regularly demonstrates the ability to lead and to follow, depending upon the circumstances, and consistently gives every effort, every hour, every call.

Guidelines for the 'Archie Bernardi' Officer of the Year are applicable to a current Suppression Captain, Volunteer Logistics Captain, or Chief Officer who best exemplifies the values of our organization and who represents the characteristics of an officer and of a leader.  This individual continually upholds the standards of their position and continues to be a student of the profession to seek new and improved methods of serving the community and members of the Arcata Fire District.  This person embraces and promotes the Arcata Fire District Playbook and what it represents, demonstrates resourcefulness and enthusiasm in accomplishing the District’s mission, and possesses the high standards and dedication, that the District and community expect.  This officer holds themselves and their crew to the “Big 4 - Do your job, Treat people right, Give an all-out effort, Have an all-in attitude.”

Ross McDonald – Officer of the Year

Ross is a Fire Captain and has been in that position for almost five years and before that was a Lieutenant.  He started with the District in 2003 as a volunteer firefighter and was hired as a full-time firefighter in 2006.  Ross has taken a special interest in driver training and has been one of the District core trainers for several years.  He has also been the lead in the SCBA maintenance program.  Ross comes to work with the ideology of the “big 4” in mind.  He does his job, treats people right, gives an all-out effort, and has an all-in attitude.

Alex Sutter – Employee of the Year

Alex has been with the District since 2019.  During his time with the District, he has served in many capacities.  As a graduate of the Butte Fire Academy Alex came to us to perform a firefighter internship.  While interning, Alex was hired as a part-time Fire Inspector to conduct apartment/hotel inspections.  After he completed his time as an Intern, he was hired to a full-time firefighter position and recently became an Engineer.  Alex comes to work with a great can-do attitude.  He is constantly interested in training, and he is always encouraging his entire shift to train together.

Rob Cannon – Volunteer of the Year

Rob joined the District as a volunteer firefighter in 2009.  In 2019, Rob moved to the logistics unit and assists the team by providing fire ground logistics support.  Rob has also served as a board member for the Arcata Volunteer Firefighter’s Association and is the past President of the AVFA.  Over the last several years, Rob has taken on grant writing for with has resulted in much-needed new equipment.  Rob is also the CPR Training Coordinator for the AVFA’s public CPR & first-aid classes. 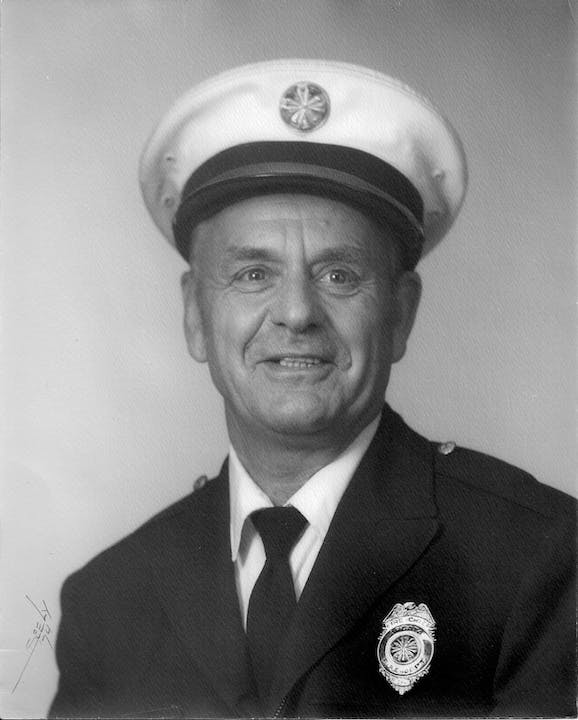